I’m not a fan of the Grateful Dead but this song is about how I feel these days. I weighed in this morning at 327 lbs. On the same road, again for the fourth time in my life. I made a decision last night to take baby-steps. I decided I’m going to make sure my meals are taken care of in advance of my daily grind, I’m going to start by doing short intense workouts daily to get moving again. These two things are the keys to making short term progress.

I recently ordered meals from a company out of North Carolina called ModPaleo. Locally I have a option called Power Supply, unfortunately I’ve used them before and I don’t think their product is worth the cost. I can almost taste the giant vats they cook their food in, one of the key reasons for eating Paleo is to eat clean food. Inherently the way a person eats clean is consuming foods closer to the source. Meaning the more a food product is processed and packaged the further it gets away from its origin, making it less nourishing and more prone to manipulation.

Michael Pollan writes extensively in the omnivores dilemma about the inherent contradiction of large scale organic corporations. The concept of large scale, and organic are innately contradictory. The larger the scale of an operation the more processes are needed to create efficiency. Efficiency is essential to the economies of scale that make turning a small business into a larger one more profitable. Incremental costs can be spread across a larger array of products and services. This process of scaling contradicts the notion of food being better when its closest to the earth or origin.

While Paleo is not an organic lifestyle, the central concept of eating like our ancestors means food harvested on an individual basis and not at scale. As the original concept of Paleo proposed by Dr. Loraine Cordaine has taken on many forms, and incarnations the quality of the meats people consume is a key component of the health benefits. Pasture raised grass-fed beef is of higher value to promoting health in the Paleo Diet than the CAFO raised cows of the mainstream. The grass-fed beef is form of beef in more “natural” form, the way it was intended to be, therefore the Paleo life parallels the organic food movement in its end goal.

The point being while one can live a life of Paleo without incurring the added costs of foods labeled organic, to achieve maximum benefit and wellness a devotee should eat foods closest to their natural state. For me this means Power Supply‘s food is inherently in contradicts its position in the market. They are creating Paleo Meals, but perhaps not completely in the spirit. Its possible as their business has grown they have chosen to source meats, and produce closer to the source; however my previous experience was not.

I think personally they’ve created a fantastic business model, and epitomize the ability to bootstrap an idea into a company. In the end their food just isn’t my cup of tea, but I applaud them for their growth.

Going back to ModPaleo, I like the quality of their food, more importantly it tastes good. I have yet to have a bad meal. They offer subscription services based on the number of meals I want to consume, starting with 5 meals all the way up to 21 meals. I’ve ordered the 21 meals so all of my consumptive decisions are made in advance. Additionally ModPaleo offers a choice between 10 oz and 14 oz meal plans. The prices vary (obviously) based on the number of meals but the 21 meal plan is relatively affordable; with 10 oz priced at $250 a week, and the 14 oz priced at $294 a week.

Relatively speaking for a single person it seems expensive, however the 10 oz meals are about $12 per and the 14 oz meals are $14 per meal. For a guy who has put on significant weight because of my inability to create stability in my daily consumptive behavior, choosing a service to provide me my meals was a no brainer…ironic moment…its a no brainer yet it took me a 100 lbs of weight gain to wake the fuck up.

At a cost of $12-$14 a meal, I find it affordable. An extra value meal at McDonalds is close to $10 these days, so the additional cost is relative the quality of the food. Not to mention I don’t have to dedicate my Sundays to shopping, preparing, cooking, and packaging food. My schedule recently makes it impossible to take on this feat, another factor in my weight gain. 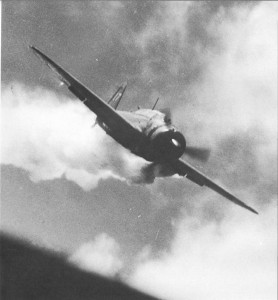 ModPaleo ships all over, although I don’t think they’re quite nationwide. So far I’ve been happy with the food, I just have to remind myself to eat during the day. Otherwise I spend the whole the day working not eating, then binge on shit when I get home. Its a nasty cycle I finally need to break. I’m not a yo-yoer I’m more of a dive-bomber fatguy.