Progress + The Why, What, and the Jayger Theory

I weighed myself today and I am a solid 323. When I say solid I mean I’m not fearing I’ll balloon up five pounds in a couple of days. Anyone who’s struggled with weight knows the constant push and pull of the scale, which means some weights are real while others temporary. This is not a temporary one.

Minute 31 of Every Minute on the Minute Goblet Squats

This entire week ends with the feeling I’m at a win-win in terms of progress on my health. I worked out 4x Monday-Friday, ate clean every single day, and went to bed before 10:30 each night. Moreover, I’ve started to meditate again.

About two years ago I learned Transcendental Meditation (TM). Something my favorite radio personality, Howard Stern, has practiced for over thirty years. He’s high strung like I am, and Howard finds TM makes him human. At the time I took the three sessions required to learn TM I really wasn’t ready nor was I disciplined enough to add anything into my daily routine.

TM is simple, but it requires effort to become part of your life. All you need is twenty minutes twice a day. There’s no crazy chanting like a monk, or listening to some overpaid douchy person repeating words to you like “calm yourself, empty your mind” as this person tries to molest you.

This week in the morning I meditated before I worked out. I found it energizes me. In the past I would wake up drowsy, so I took caffeine tablets or fat burners with lots of caffeine to get moving in the morning. I’m not sure if TM will continue have the same impact, but this week it was better than any fat burner I could have taken.

I’ve included a link to explain TM. Many well-known successful people use TM as part of coping with the demands of modern life. The easiest way to describe TM is, rest. Its emotional, psychological, physical rest. After my first TM session I walked out of the room feeling like I’d lost 50 lbs. My shoulders were looser, and I couldn’t stop smiling.

No, I did not get molested.

TM is a nonprofit, the cost is relatively inexpensive if you consider the lifetime of “tune-ups”. You can go back to any TM center in the world and have them help you hone in your technique. I assure you there is no cult, no religiousness, its spiritual. Christians, Muslims, Jews, and Atheists alike practice TM. It’s based in Eastern philosophy so that is always a component of the language, but it works.

The Why, What, and the Jayger Theory

During the course of this week, I’ve reflected quite a bit about life relationships and my future. I can’t help but think something in life happened when I desperately needed it. So much of life depends on timing, Bill Gates born five years earlier, or five years later and he would just have been a big nerd.

I’ve reflected extensively on the Seneca quote “Luck is what happens when preparation meets opportunity.” Opportunity appears when you’re ready for it. Had the same thing happened where I met a woman I clicked with even three years ago, and I’m pretty sure I would have objectified her, and gone into my primordial BDA self. 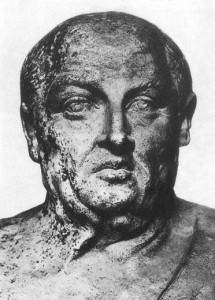 As self-aware animals we humans have the ability to control what we do, and how we respond to things. Regardless of centuries of conditioning, or genetic makeup our cognitive ability gives us the rational ability to choose.

I noted earlier this week or last, that for the first time in my life I understood why men cheat; but that’s not really the entire picture.

Men who cheat…choose to cheat. The reason they cheat doesn’t matter but, the active choice and the resulting consequences are all that matters. Yet…maybe this desire to cheat comes from a deeper subconscious mind which knows ourselves better than our conscious one does.

I get there are some men who have extreme mommy issues, thus they possess a degree of sexual dysfunction which prevents all forms of intimacy. Some guys will always just be “BIG DUMB ANIMALS” (BDA), they won’t ever get past the fact they hate their mother, or that their mother doesn’t love them, so they’ll fuck everything and anything that moves (that’s a long run on sentence). What I’ve been experiencing I don’t think is this type of mindset. Maybe I’m justifying my own actions, or lack of actions.

I can tell you whatever the reason for a chance encounter to happen to me now, has given me a shot of magic when I needed it most. I use magic in the loosest form. A mystical wand didn’t cast a spell bringing something into my life, “luck” brought a person my way who changed the way I felt and saw the world. It reminded me of things I want out of life, and made me realize I don’t want certain things to be the way they are, and I won’t settle into a lifelong rut.

I want…something better…The grass is always greener on the other side of the road, but if you’re looking across the street at the lawn you probably have issues with your own.

There’s a philosophical or psychological principle the term which escapes me (the googles was no help). The gist of the concept relates to a fallacy of exclusivity. Exclusivity doesn’t truly exist, because the more we pursue it the more we learn there are additional levels of exclusivity.

The way I see this concept, which I’ve completely bastardized is that exclusivity isn’t the ends, it’s the means. So, in my new found energy, happiness, ambition, desire, (insert additional adjectives here) maybe the end isn’t this situation but the situation is the means I’ve needed.

Either way the person could not have entered my life at a better time. I would say today, things are better than they were two weeks ago.

Why do we put so much into ourselves when an outside force enters it? What changes in our body chemistry, or brainwaves which can turn a switch on?

I’m still struggling with the bigger picture, but this week ends much better than it started. In the words of the great philosopher Jagger it’s pronounced Jay-gar. It’s British.