The Law of Sacrifice

The Law of Sacrifice

Excerpt From: The 21 Irrefutable Laws of Leadership

Action Taken Today: Are you willing to give up to go up?

Today’s entry in the Maxwell Daily Reader references one of Maxwell’s 21 irrefutable laws of leadership. Sacrifice. According to Merriam-Webster’s online dictionary the simple definition is as follows:

Sacrifice in todays narcissistic, selfie produced world of 24/7 stimulation is not very common. Nor is it something people believe necessary to achieve success anymore. With people like the Kardashians, youtube stars, and television singing competitions providing a platform for people to bypass the traditional route to stardom, its really not a surprise we as a society choose ourselves over others.

Seriously, what has Kim Kardashian done to deserve celebrity status?

There was a time, especially in music a band needed thousands of hours performing before they got good enough people wanted to buy their music. The Beatles played to empty clubs for a seemingly endless number of hours when they lived in Homburg, Germany. According to Malcolm Gladwell it was the time they spent in Germany which made them the Beatles that we cherish today. I think technology has made people lazy, rather technology used as a tool to achieve a better version of themselves. 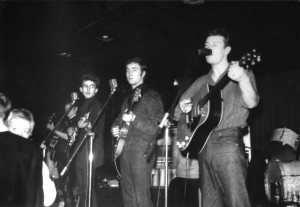 From a personal perspective, I believe sacrifice is the foundational principle in love. It is extremely easy to say “I love you”, but its much harder to back those words with action. If someone truly loves another they will forgo personal benefits to benefit the person, they claim to love.

Perhaps the high numbers of dissatisfied people exist in the world because we have become too oriented on self, and not others.

Maxwell breaks down his Law of Sacrifice into four ideas:

“The higher you go, the more it’s going to cost you.”